This visual novel is a masterpiece.

The music transcends emotions – Gothic and vocal; it in fact paints the picture and the emotions of every single character.

The art is magnificently impressionist. Impressionism emerged from France – so was the setting of the whole story. The depictions of light, gray, sepia, blue, and blood conveyed feelings wrapped beyond whatever scenery colors may paint.

The plot has a lot of twists – so much that even actually saying what it is ACTUALLY about would reveal too many spoilers. Perhaps, the best way to actually give an overview would be as such (excerpt taken from TVTropes):

“You awaken in a decrepit old mansion.

A woman with eyes of jade stands before You, informing You that You are the Master of the house, and she Your Maid. However, You have no memories, no concept of self—or, indeed, any certainty that You are even alive.

The Maid invites You to join her on a journey through the mansion’s lifeless halls, to behold the numerous tragedies that have befallen its residents. She suggests that among them, perhaps You will find some trace of Yourself.”

The story talks about human nature – how human nature can be so decadent that it is so curse-worthy, even beyond death. How a person could actually find pleasure in slaughtering. How a person can be so fixated in progress, wealth, and power at the expense of the workers/slaves, and the people whom he/she loves.

The story talks about love – how the power of love can sustain sanity in a world ruled by injustice. And also how love – that of an incestuous love – could utterly destroy somebody’s happiness and peace of mind. Love that can be misunderstood as malice or betrayal by simply changing the words in a letter or any form of communication.

The story talks about slavery – child slavery, slavery in the hands of nobles, and slavery to one’s own hatred.

The story talks about self-sacrifice – how always being concerned for others, denying onself is but something that has to be ultimately “extinguished”; an impossible existence. [As seen in the true ending of the story, where the White-Haired Girl had to be extinguished.]

– How Morgana, the “daughter of God”, believes that she could save people by letting them drink her “miracle blood”. It implies the act of salvation done by the son of God (Jesus).
– How the White-Haired Girl was the projection of Morgana’s Superego, and such a Superego of high ideals – self-sacrifice, concern for everyone – had to be ultimately extinguished in the end
– How the story of the imprisoned witch could actually apply to every single character. For example, Nellie’s upbringing in a well-sheltered envrionment and her forbidden love for Mell.

I am a socially awkward medical student who overthinks a lot, and loves reading, writing, watching anime, Chinese, Japanese, and Korean dramas, translating Chinese and Japanese songs to English, designing and playing games, cooking, and playing the piano. View all posts by Incognito 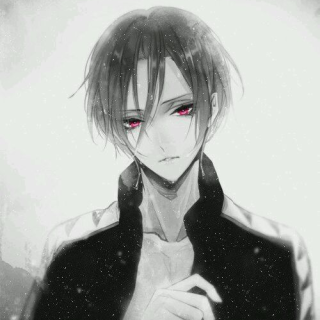 I am a socially awkward medical student who overthinks a lot, and loves reading, writing, watching anime, Chinese, Japanese, and Korean dramas, translating Chinese and Japanese songs to English, designing and playing games, cooking, and playing the piano.